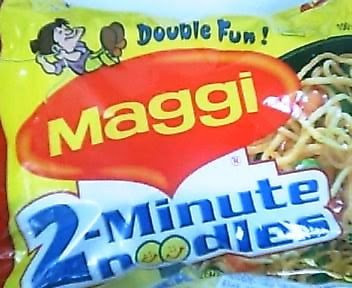 For all who love eating Maggi DO NOT IGNORE THIS ……. Especially those fond of Maggi ( like me lorr . . . )

‘CORRECT WAY OF COOKING NOODLES’
The correct way to cook instant noodles without harming our bodies and health. Normally, how we cook the instant noodles is to put the noodles into a pot with water, throw in the powder and let it cook for around 3 minutes and then it’s ready to eat. This is the WRONG method of cooking the instant noodles. By doing this, when we actually boil the ingredients in the powder, normally with MSG, it will change the molecular structures of the MSG causing it to be toxic. The other thing that you may or may not realize is that, the noodles are coated with wax and it will take around 4 to 5 days for the body to excrete the wax after you have taken the noodles. (alhamdulillah … selama ni aku x penah masak maggi cara lagu ni )
CORRECT METHOD :
1. boil the noodles in a pot with water.
2. once the noodles is cooked, take out the noodles, and throw away the water which contains wax .. (alamak ! yg ni x buat )
3. boil another pot of water till boiling and put the noodles into the hot boiling water and then shut the fire.
4. only at this stage when the fire is off, and while the water is very hot, put the ingredient with the powder into the water, to make noodle soup.
5. however, if you need dry noodles, take out the noodles and add the ingredient with the powder and toss it to get dry noodles.
Dietician’s Note: If you buy plain hakka noodles which you make initially need to boil in water and discard the water. This will soften the noodles but to prevent it from sticking we need to add a tbsp of oil and also the noodles are deep fried partially to make it crunchy and then dusted with flour to prevent it from sticking while boiling.. Hence when you buy the noodles they are already made unhealthy and this is the type we use to make stir fry noodles and the regular maggi too is made the same way plus they add MSG/ ajinomoto and other chemical preservatives. 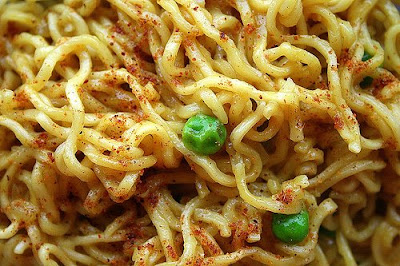 A large number of patient with the ages ranging from 18-24 years are ending up with pancreatitis either as a swelling or infection of the pancreas due to regular consumption of instant noodles….. If the frequency is more than 3 times a week, then it is very hazardous…

26 thoughts on “Maggi – health effects — do not ignore”